How has marriage changed in the last decade? Is there life after death? What does Jihad mean in Islam? Why is marriage becoming less popular? How can religion help the environment?

Religious education is a fascinating subject, which helps students to understand and reflect on different worldviews, including their own. The course is designed to allow students to explore this in a creative, interesting and academically rigorous way. The department encourages students to use a variety of approaches, including discussion, debate, presentations, creative projects, art, drama, speaking, listening and writing skills, along with the whole school focus on literacy.

By studying religious beliefs and investigating various cultures, students develop an understanding of the world in which we live. Thanks to its exploration of fascinating questions and concepts, religious education is a popular choice within Edgbarrow School.

In Year 7, pupils investigate a variety of challenging themes helping them recognise how religious education has a role in the wider world. During the first term, students investigate the main facts of the major world religions. In the second term, students study religion and the environment, focusing particularly on how and why religious people think it is important to care for the world we live in. In the final term, students focus on an extended project researching famous religious believers who have shown courage and conviction, such as Martin Luther King, Mahatma Gandhi or Mother Teresa.

In Year 8, students begin by studying different Rites of Passage through a range of different religions. During the second term, students complete an in-depth study of Christianity, investigating major Christian denominations, as well as learning about the life and teachings of Jesus. Year 8 concludes with a study of Islam, where students consider different beliefs and practices and are given the opportunity to reflect on their own beliefs and values.

The final year in Key Stage 3 equips students with the essential skills necessary to continue their religious education studies at GCSE. In the first term, students study Human Rights, including an in-depth study of the Holocaust. Students investigate what happened to the Jews during the Holocaust and are asked to reflect on whether or not the Holocaust disproves the existence of a god. Additionally, a visit to the Jewish Museum is organised where pupils are given the unique opportunity to meet a Holocaust survivor. In the remaining two terms, students study Moral Issues and Ethical Theories. Within these topics, students are encouraged to explore the ultimate and moral questions relating to euthanasia, abortion, and capital punishment, as well as reflecting on their own beliefs and values. Additionally, students study how to make moral decisions, with reference to theories such as Situation Ethics and Ethical Egoism.

GCSE Religious Studies offers more than just learning about different cultures and beliefs. The course gives pupils the opportunity to analyse and try to understand more clearly the causes behind many major concerns and issues in our world today - for example, the causes of war and attitudes to war; reasons why some people become pacifists; why prejudice exists; what is being done about hunger in the developing world; why we should care about pollution; whether marriage is still worthwhile today and the various attitudes towards moral issues in society. Pupils can analyse both Christian and other religious and secular views on these issues. They can decide for themselves whether there is a right, wrong or best answer for any issue discussed. Looking at these issues gives pupils the opportunity to understand more fully the world they live in and develop the ability to form their own opinions, based on facts and informed discussion. 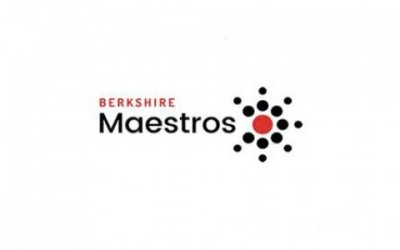 Return to school - Summer Term: - School Timings and what to do.